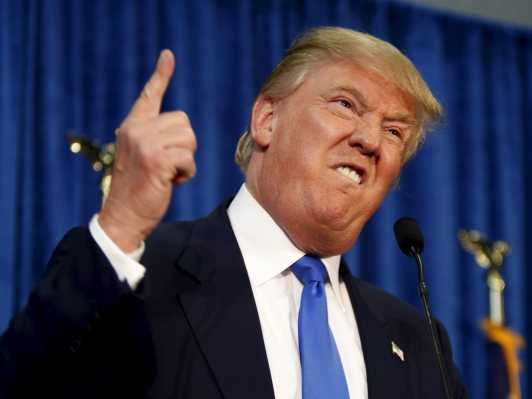 Many of you who woke up this morning, like me, were in a sea of emotions ranging from disappointment to hopelessness and from confusion to disbelief. Disbelief, because we never imagined that this would actually happen! Confusion, because we don’t understand how it happened. Disappointment and hopelessness from the fact that it really did happen.

I refused to turn on my television this morning and the only reason I got on social media today was because I needed, desperately, to find humor in this abysmal reality that is our Presidential election of 2016.

I’m not sure if I’m more confused or conflicted. The largest source of my confusion comes from the vote itself. It has been said today, by several sources including the NY Times that Mr. Trump won based on “working-class whites”. My first question is what is their definition of working class? What is difference between working class and lower class, middle class, upper class? Anybody??? I’m somehow inclined to believe that the “working class” of these individuals is a distorted comparison to the “working class” of many Americans that I personally know. My second question is where the hell did this demographic of people come from in this election? Were they not present or just hiding under a rock for the last 8 years? In my small corner of this world, I can say for the first time, that I’ve never felt more divided in this country than I do today. And it encompasses way more than just black and white. It’s right and wrong.

I want to be clear in disclaiming that my opinions are simply that: mine. I am not in any way, shape or form advocating or speaking on behalf of the Black community or the female community, for that matter. If I’m honest, I truly believe that many share in my views that are not black or female, however, I wanted to be clear because my opinions are not solely motivated by racial &/or feminine concerns (although let’s also be clear that some of them are).

While some of my reasons for feeling that Donald Trump is not qualified to lead our country as a united front stem from the egotistical ideas and misogynistic undertones that he himself has perpetuated in the last several months, this is not a full explanation as to why I feel that he is not worthy of the esteemed office as Commander-in-Chief.

I have several reasons for my personal stance, although, none more so than the idea that I just don’t believe that he’s concerned with the well-being of our country for all Americans. I honestly believe that Donald Trump was more motivated to “win the election” or “beat (crooked) Hillary” than he is actually concerned about the people of the United States of America.  I believe that if he’d lost, then he would have resumed his life, with no interest in the social state of bettering communities or promoting “common ground” for anyone. In my opinion, you don’t develop a passion for this overnight. It’s a calling that should have been evident for years, as was the case for Hillary Clinton and others who have sought the office in years prior. Secondly, I’m worried that his impulsive nature could have dire consequences for us.

I want to be optimistic. After all, what’s the worst that can happen right? Um…he could piss off our allies and we could go to war, virtually naked. Our national security could be compromised by his personal/business dealings with other nations. He could be foolishly influenced by the wrong people within his camp and yield devastating results for the entire country (or even just a select few).

On the other hand, and for the sake of being as positive (& unbiased, okay scratch that part) as I can be at this moment, what Donald John Trump accomplished yesterday changed the face of history- and has the potential to reshape it in a way that could be monumental. And that is an applaudable effort. Our country is need of a radical reformation, now more than ever. And while I do like the idea of a political outsider transforming the establishment, I just don’t feel that Mr. Trump has the perspective of the average (working class) American to do that. I am disappointed that the Electoral College and not the popular vote of the people have determined the outcome of this election. I’m apprehensive because I don’t feel like I know what his plans are for leading our country. Furthermore, I’m curious of his plans to promote diversity when he has passed up multiple opportunities to do so with hateful rhetoric towards women and minorities- the very people who make up the melting pot of this democracy that we live in. But I am hopeful that the people of this great nation will unify in a concerted effort to stand behind the man who has been chosen to lead us. Regardless of my vote, someone did vote for him, and I think that it’s important that we rally behind him in show of support and not resistance. If we can be open-minded during this time, then we may end up, pleasantly surprised.

2 thoughts on “There Goes Your President”