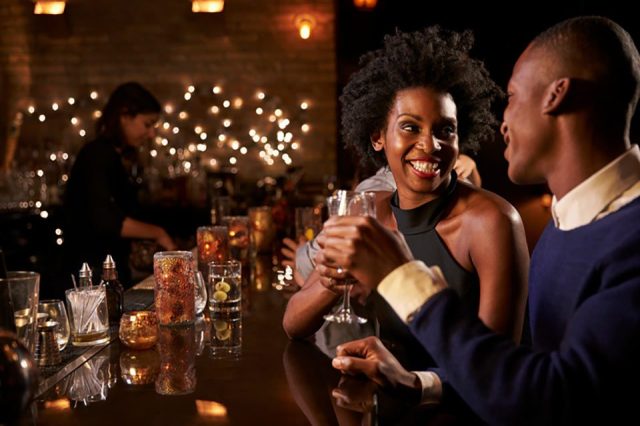 Thursday started out as like any other day. Going to bed the night before, I hadn’t secured a plan with anyone and I was contemplating this whole thing.

In any case, I woke up hopeful, showered and put on perfume, Falling in Love by Philosophy was the fragrance that I purposefully chose. I decided that even though I had yet to say yes, I wanted to embody the spirit of yes. In that moment, I decided to embrace this process with open eyes and an open heart. I pulled out my top drawer and decided on a flirty black matching set. I had a boyfriend once tell me that anytime a woman wears black underwear, she plans to get some. While that wasn’t on my agenda, I did want to, at least, do the same things I would do if I were going on a “real” date. I got up and curled my hair, took extra time on my makeup making sure that I looked extra nice today. In my mind, I figured, you never know what the day may bring. “Shit, it’s already after 7,” I thought. Off to work I go.

I had a few meetings that day so in all honesty, I forgot about the fact that I texted him that morning. But I was happily reminded when I saw Him as a missed call. I’ll hit him back after a while. Since I hadn’t secured plans for that evening, my plan was to go to the gym and even though I may not have had a date, my plan was to at least meet someone new and make plans.

By the time I got off work, my mom had called me with what was a crisis at the moment which really wasn’t a crisis at all. I ended up sitting at her house until after 7 when my phone rang. It was Him, again. I didn’t even hesitate to answer. In fact, I’m pretty sure my fingers went into action before my head even had time to process what was happening. We hadn’t spoken in weeks. We had small talk, as we typically do any time we have a period of not speaking to each other. Hey. How are you? What you got going? You know how it goes. “Put on some clothes, let me take you out,” he interjects. I was literally so taken aback that I thought I had imagined him saying it. “Do what,” I curiously responded. “Put on some clothes. I wanna take you out tonight.” I loved his spontaneity. What I didn’t love was the fact that I was not at all emotionally prepared to see him. “Omigod, I’m not even home, it’ll take me at least an hour to get ready, what…” I began. “Well, I’ll give you an hour. Go home & I’ll be there to pick you up.” If there’s one thing that makes me absolutely gaga is a man who’s assertive. He always did know how to handle me. I hung up the phone and ran out the door yelling to my mother, “Operation 30 dates in 30 days starts now!”

An hour later, I’d barely made it home and jumped out of the shower before he was calling my phone. “What you doing?” he asked.  “Just finishing up my makeup,” I lied. I was still in a towel with water dripping. “I’m just getting out the shower,” he said. “Good. I am, too,” I admitted. We laughed. About a ½ hour later, he was knocking on my door. We ended up going to one of his spots, a place that I know he frequents. I appreciated it because it meant a lot to me for him to take me on his turf. He introduced me to the owners of the club & we stayed almost an hour after they closed, just talking to them. The lady quizzed me on how long we’ve known each other and how I must be something “special” since she’s “never seen him in here with a woman.” Everything about the night was VIP. But with him, it always was.

The next time I looked at the clock it was close to 1am and he was fast asleep. I had gotten up to wash off my makeup. Hovering over my sink, I reached for my facial cleanser and knocked over a bottle of perfume in the process. It was my Philosophy fragrance staring me in the face. When it comes to love you need not fall but rather surrender, it read. It’s safe to say that I contemplated ending this whole campaign of #30Datesin30Days right then and there. What’s the point when all I really wanted was 29 more of these? Besides that, I’m pretty sure that he didn’t even have a clue about this whole thing to begin with so I wouldn’t want him to think that I was playing games. On the other hand, the chances of him pulling another disappearing act was still so high that I didn’t want to throw away this opportunity, either.

I’ll tell him. I just need to figure this out. Right now though, let’s just wait it out & see. Right now, I’ll just surrender. 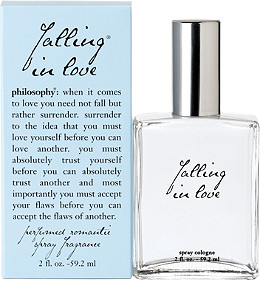